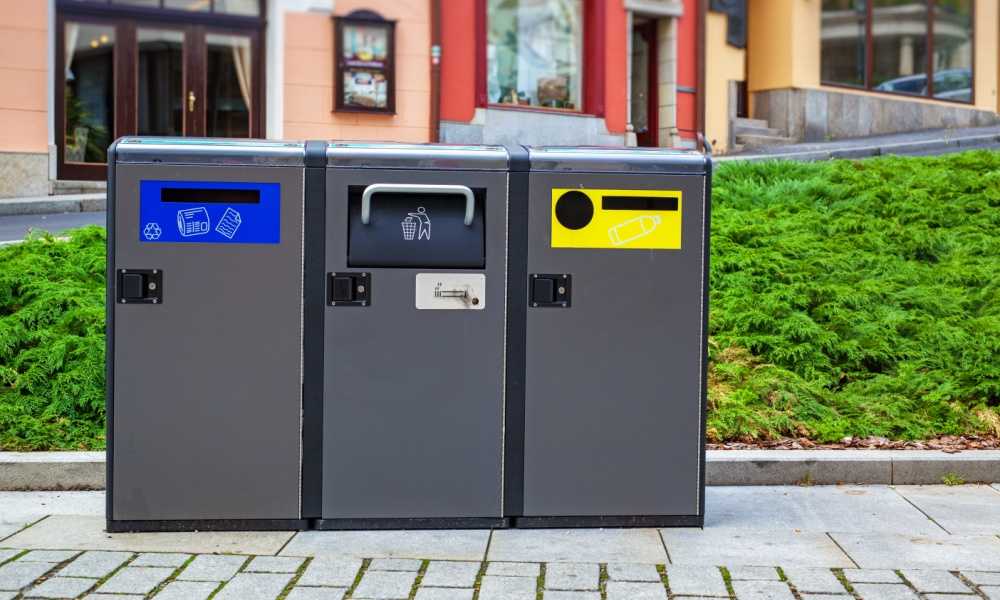 Review of: mDesign Rectangular Trash Can

Looking for a reasonably priced trash can which doesn’t compromise on style and functionality? Then this might be for you. Granted, there are all sorts of bins with sleek designs and advanced features, but sometimes we’re just aiming for simplicity and purpose. Fortunately this model will give you both including adding a modern touch to your living space.

mDesign is well known for designing products with a calm and clutter free image in mind. So if you’re looking for a simple but effective way of disposing your refuse why not give this trash can a try? Apart from saving you space it’ll save you money.

Quick Navigation
Who is this product for?
What’s included?
Overview of features
How to get the most out of this trash can
Alternatives
Conclusion 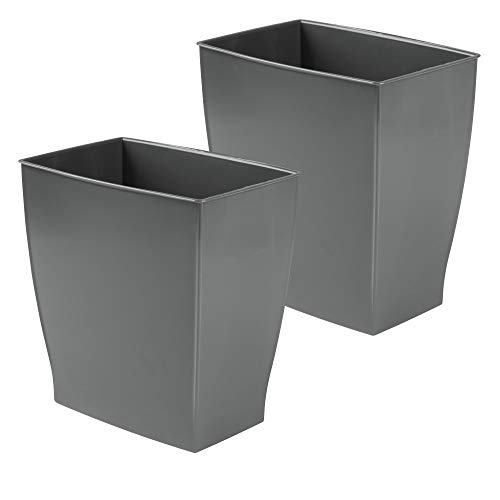 Here we have a rectangular waste basket specifically designed for recyclables and garbage disposal. The mDesign Rectangular trash can is made in USA and was first made available on the market in April 2017.

Who is this product for?

Generally this product was designed for the average consumer who wants a trash can that’s both modern and affordable, while not taking up much space.

Are you one of the many people who don’t like clutter? Apart from complementing your home décor, its size allows for a neat and tidy look. Also, because of its compact design it’s suitable for use in smaller spaces – for instance the bathroom or bedroom. However note it’s not only for home use – use it in a dorm or RV too.

If you’re more for the high-end trash cans with all sorts of fancy features this might not appeal to you. It’s as simple and practical as they come while not sacrificing aesthetics.

During unboxing you’ll find not one but two trash cans for the price of one which is great. That’s especially useful if you have more than one space you want to place the bins.

However they don’t come with lids; it would have been nice if they did for hygienic purposes. If this won’t work for your application, you may want to consider bins with lids.

These rectangular cans have curved profiles which is the perfect shape for storing under the kitchen sink and inside cabinets.

Also they’re made of shatter-resistant plastic which enables them to withstand everyday use. In addition, cleaning the units is super easy.

However, you’re probably aware plastic is not always the most durable option. The plastic used to make these cans is a bit thin and stiff. Furthermore they do look kind of cheap and so we’re not so sure they’ll last you as long as you would want.

As mentioned earlier they don’t come with lids. For indoor use whether they have lids or not is matter of placement, usage and individual preference. However know this: As a general rule, if a trash can is visible it should have a lid on it. Apart from hygienic reasons, refuse is often unsightly.

If you’re going to place it in the kitchen you’ll probably want to cover it to avoid those unpleasant food smells and minimize odors.

Also the design is not the sturdiest in the market.

How to get the most out of this trash can

To get the most out of these trash cans you must use them in areas where you don’t necessarily throw away a lot of garbage. Though using them in bathrooms and bedrooms is perfect, the same can’t be said about the office and kitchen. Because of their compact size they may be a bit too small to handle the waste content in these two places where you create waste throughout the day. As a result I wouldn’t recommend usage there unless you’re prepared for frequent emptying of the bins.

For the same price and purpose, the Creative Home 5 liter round trash can is a better option. Why? First off it comes with a lid to conceal any refuse. In addition, unlike the mDesign trash can which is made of plastic, its silver powder-coated body guarantees you some degree of durability. Also it has a foot lever for your convenience.

It works pretty much the same as the mDesign including fitting into small spaces—under sinks—and  so saving space. But if it’s the rectangular shape you’re after then it probably won’t do.

All in all, the mDesign rectangular trash can is generally a good buy. Getting two trash cans is definitely a plus. It pretty much does what is expected from a waste basket, allowing for a simple and practical way of disposing refuse. As long as you use it for recyclable trash it shouldn’t be a problem where odors are concerned. In addition it’s neat and compact so it’ll save you a lot of space while complementing your decor. Is it something worth considering? Leave your thoughts to help other decide as well.

How to Clean Your Garbage Can with Vinegar?